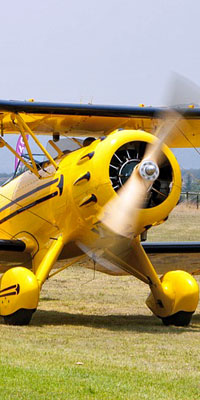 The modern airplane creates a new geographical dimension. A navigable ocean of air blankets the whole surface of the globe. There are no distant places any longer: the world is small and the world is one.