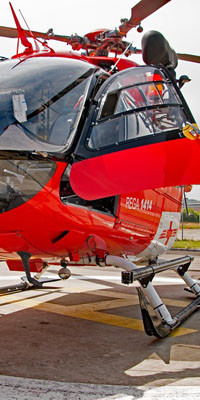 Hampton Roads Executive Airport (KPVG) is a public use, privately owned reliever airport centrally located at the intersection of I-64, I-664, I-264 and Route 58 in Chesapeake, VA.

Currently consisting of a state of the art terminal facility, an east-west 5,350 foot runway, a north-south 3,600 foot crosswind runway, full serve and self serve fueling facilities, 500,000 SF of hangars, 3 administration buildings and a restaurant.

KPVG is home to approximately 250 based aircraft, with multiple airport related businesses operating on site. In terms of annual operations, KPVG ranks second in the State for general aviation non-towered airports and ranks in the top 4 for economic activity and job creation.

Virginia Aviation Associates, L.L.C. and its Professional Engineering Consulting firm Talbert & Bright are currently pursuing a five year plan for airport facilities including: installation of an ILS, enhancement of fuel storage facilities, NEPA review of the new two location 350,000 SF hangar development, installation of a new beacon and aircraft wash rack, and construction of the hangars to improve safety and efficiency of the airport and attract business opportunities to the region while accommodating forecasted demand for General Aviation facilities.

Past accomplishments include finalizing the airport's current Airport Layout Plan in 2006, receiving a Finding Of No Significant Impact (FONSI) from the FAA and COE in 2007, finalizing the terminal study in 2007, erection of 70 or 100,000 SF of T-hangars from 2007 to 2015, commencing terminal construction in 2010 and its Grand Opening on May 6, 2011, erection of 25 or 100,000 SF of individual corporate hangars from 2010 to 2015, commencing new runway construction in February of 2011, with runway opening September 18, 2014 and Phase IV Taxiway Rehabilitation (old runway to new taxiway) opening in October 2015.

You haven't seen a tree until you've seen its shadow from the sky.